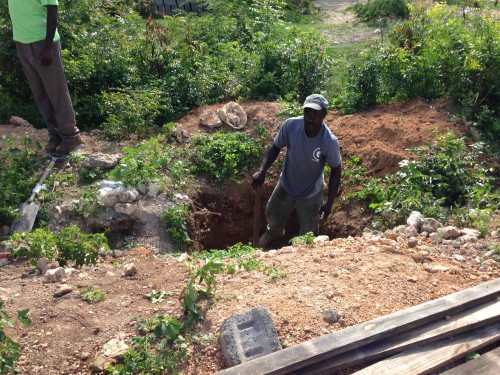 I want to introduce you to Fran. We called Fran “Frank the Tank” last week when we were in Haiti because Frank is a STUD! This dude works so hard, he puts hustle to shame. We had the opportunity to work with GO! Ministries. To give you some perspective, Frank would come by the hole I was digging, look at me, and tell me to get out of the hole. About ten minutes later, Frank would have more done than I would have accomplished in an entire day! I wanted to share a great story with you about Frank. He was hired to do some really hard work, and it was a full day job. When the boss showed back up to the worksite, Frank was there alone, finished. The boss asked where his help had gone? Frank responded with:

“He left because doesn’t like to eat the bones.”

Eating the bones is doing the hard work – the work that most people would be afraid to do – and not being afraid of the cost that is required to get all the meat.

A lot of times in the creative world we get afraid to eat the bones. What if we spent another hour on that project? What if we walked away from that design or idea of the day in order to change our perspective? What if we were brave enough to take the chance that is scaring us? What if we were willing to work as hard on our ideas and creative elements as Frank is to get in the ditch and dig?

Are You Ready To Eat Some Bones?