Sometimes You Have To Grind! What You Can Learn From Sergio Garcia. 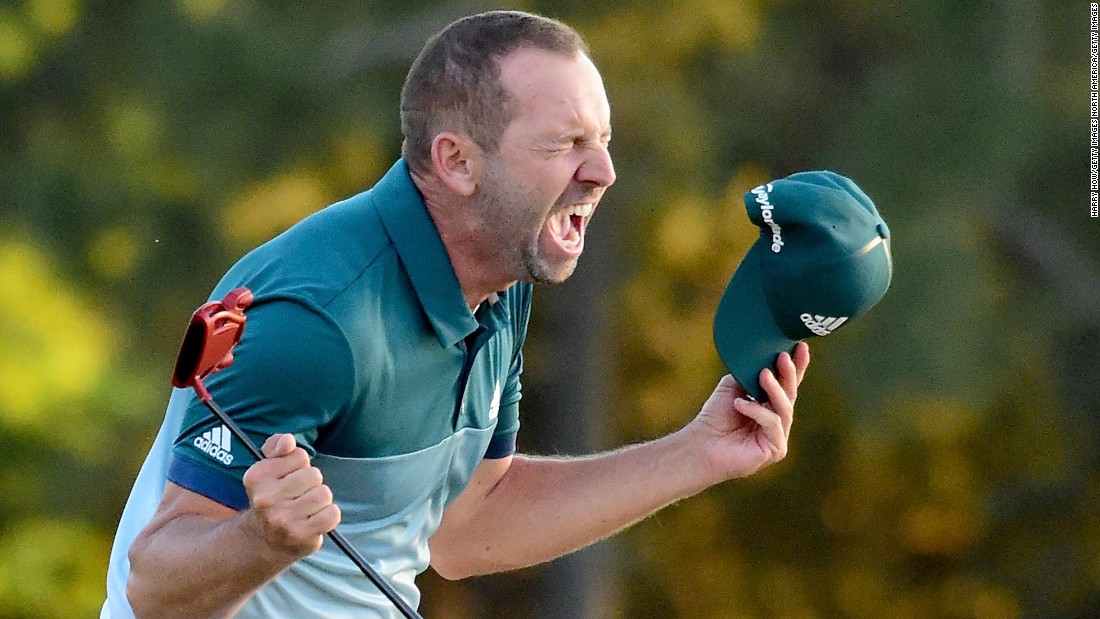 Today, one of the most creative young leaders I know is guesting blogging. You should check out what Taylor is doing with the 1000 Hour Pro! It is really awesome!

In 1999, a young man took the tee in the world’s most famous golf tournament, The Masters. He was a 19-year-old amateur from Spain who was slated to be golf’s “next big thing.” He was played four rounds at the famed Augusta National and left the weekend tied for 38th and taking home the honor of low amateur. Sitting next to fellow countryman Jose Maria Olazabal, who won the ‘99 Masters, the young Spaniard accepted the award and eyed a professional career that was sure to be filled with many Green Jackets, Claret Jugs, Wanamaker Trophies and U.S. Open Championship trophies that come with racking up major championships.

However, 18 years passed along with 74 major championships including a trip to Augusta for the Masters every year since 1999. Every year, four times a year, Sergio stepped on the course and came away without a championship. Every year, another trip to Augusta would roll around, and every year, he’d walk away empty-handed. Close calls abounded, but the “past demons” always came back, the announcers on TV said. He always ended up imploding and couldn’t string four rounds together to win a coveted major.

But then on April 9, 2017, Mr. Sergio Garcia watched a putt drop on the first playoff hole of the Masters and let out a roar. It had finally happened. He was the Masters champion. The monkey of possibly being the “best player to never win a major” was off his back and all he could do was smile and yell with joy. Of course, his yell was inaudible among the roars that Augusta produces as tens of thousands celebrated with him.

Sergio’s final round was a bit reminiscent of his career. Flashes of brilliance followed by disappointing bogeys. But he turned it all around when at hole 15 he threw a dart near the hole and made a putt for eagle and a share of the lead. Despite struggling at moments, Sergio showed one thing throughout this week, the round on Sunday and his career. Grit.

Grinding through bad shots, missed putts and demons from the past are the mark of a champion. And that’s not just on the golf course.

Think about a week in your life. How defeated do you get when someone says your first pass at a project isn’t what they were looking for? How easily do you give up when things don’t go as planned? How quickly do you look to throw in the towel when the going gets tough?

We all miss short putts in our lives. We all have times when our work isn’t on par with what’s expected, but those aren’t the moments that define us. The moments that define us are when we respond and show grit. When we push through adversity, we’re silencing the voices that are telling us we aren’t good enough. We shut down the memories of failures of the past. We persevere and get through the tough times because we’re tougher than what’s in front of us.

Imagine if Sergio hadn’t pushed through, not once but 74 times. Imagine if he listened to the thoughts that must have been in his mind as he stood over the winning putt that told him that he’d never win a major. Imagine if Sergio had focused on his past failures as he stood over that wedge shot on number 15. If Sergio didn’t have grit, he wouldn’t be on top of the golf world right now. If Sergio didn’t have grit, he wouldn’t be The Masters Champion.
And if we don’t show that same kind of grit, we’ll never get close to the top of our game. So keep fighting and keep grinding. It never takes just one time to get it right. It rarely takes two or three times. In fact, most times it’s going to take a constant grind of always improving and always retrying. And if you ever get discouraged, just remember that image of Sergio letting out a roar because after 74 tries, he had conquered the world.